Traditionally, kratom tea has been used in Southeast Asian countries for many benefits including improved focus and pain relief. While it is only starting to achieve widespread recognition here in the west, it is growing in popularity in the United States and across the globe in apothecaries, smoke shops, cafes, and cool bars like ours. Before you begin using kratom, let’s take a look at how kratom will affect your mind and body. The DRIP team answers the benefits of kratom tea (and some potential side effects).

What Exactly is Kratom Tea?

Kratom tea is brewed from the leaves of the Mitragyna speciosa plant, an evergreen tree native to southeastern Asia.

Fun Fact: The kratom plant is in the same family as coffee plants, though kratom does not contain caffeine.

How Does Kratom Tea Work?

Like other psychoactive substances, chemical compounds in kratom are responsible for the perceivable effects that people feel after drinking kratom tea. The effects of kratom tea are not psychedelic in nature, but due to molecular similarity to psychedelics like psilocybin, kratom tea has a relaxing and mood-boosting effect.

The two compounds found in kratom tea, 9-methoxy-corynantheidine mitragynine and 7-hydroxymitragynine have long-lasting effects due to their ability to cross the blood-brain barrier. Drinking kratom tea works because of each phytochemical’s high oral bioavailability.

DRIP Tampa on Gunn Highway in Tampa has a variety of botanical teas including kratom. Come by the lounge and give it a try!

What Are the Benefits of Using Kratom Tea?

Kratom is a popular herbal alternative to prescription drugs and is most widely used for its medicinal properties. Keep in mind that the physical and mental benefits vary among strains of kratom. At DRIP Tampa, you can buy or use varying strains that range in stimulation and sedation.

So let’s talk about some of kratom tea’s top benefits:

With kratom tea, you can boost your energy without the jitteriness and increased heart rate that often comes with consuming caffeine. Kratom does not contain caffeine, but can give you a long-lasting energy boost too! Kratom also helps the body fight off fatigue by increasing levels of oxygen in the bloodstream.

May Boost Your Immune System

According to a few independent studies, kratom might have a positive impact on your immune system due to the antioxidant properties found in kratom leaves.

Certain strains of kratom provide improved mental performance and focus. Kratom can be used as an alternative to pharmaceutical drugs like Adderall and Ritalin for those with attention deficit disorders.

When you use kratom, you might feel the urge to start projects you’ve been meaning to start or finish tasks that you have been procrastinating on.

One dose of kratom tea can last up to 6 hours

Traditionally, kratom has been used for pain relief. Joint problems, back pain, headaches, and other common pain can be alleviated with the use of kratom, generally with the same amount of relief that users might get from opiates or other painkillers.

Alkaloids in kratom attach to the opiate receptors in the brain in the same way as opiates or prescription painkillers.

Depending on the strain that is used, you may notice an improvement in your anxiety when using kratom. The active compounds and alkaloids in kratom are considered anxiolytic which means that they can help prevent anxiety attacks and nervousness.

Are There Any Side Effects of Kratom?

As with any kind of medicine that we consume, there are some potential side effects to keep in mind when using kratom. Side effects can include:

That being said, when used properly, kratom is less likely to cause any unwanted psychological or physical effects. It is very important to dose kratom properly; our team will talk you through it went you come by.

Kratom tea has been used for centuries and has played an important role in many cultures for its significant health benefits. It truly has something to offer to everyone from those needing anxiety relief, to those wanting to manage their pain or diabetes. Just remember, it is recommended to speak with your doctor before using kratom or any new medication.

Want to experience the benefits of kratom tea for yourself? Stop by DRIP Lounge on Gunn Hwy in Tampa to try our range botanical teas including kratom, damiana, kombucha, and kava! Call us at 813-961-3401 with any questions! 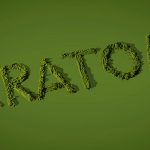